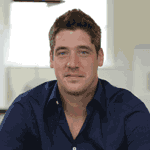 Before carrying out the instructions below, you must be logged in to Windows with a domain user account that has permission to add and remove groups in Active Directory. You must also have the Active Directory module for Windows PowerShell installed on the device where you want to run the PowerShell cmdlets.

How to Add and Remove AD Groups with PowerShell

Open a PowerShell window on your management PC and run the command below, which will create a new domain local group called Helpdesk in Active Directory.

The -GroupScope parameter can be set to DomainLocal, Global, or Universal. Note that if you want to create a group name that contains a space, you must enclose the group name in quotation marks or apostrophes, much like I have with the value ‘User support’ in the command above.

There are lots more parameters that you can add to the New-ADGroup cmdlet. The command below also creates a group called Helpdesk but adds some of the additional parameters, including -Path to create the group in the Users container in the ad.contoso.com domain.

Removing a group is easy with the Remove-ADGroup cmdlet. Note that instead of -Name it uses a parameter called -Identity. The command below removes the AD group called Helpdesk. Because group names are unique in the domain, there’s no need to specify other parameters like -Path and -SamAccountName.

How to Add and Remove Objects in AD Groups with PowerShell

Now that we have created a group in Active Directory, let’s look at how to add and remove objects in groups. To add users to an AD group, use the Add-ADGroupMember cmdlet. In the command below, I’m adding two users to the Helpdesk group.

Removing an object from a group is simple with the Remove-ADGroupMember cmdlet:

Making sure that your Active Directory groups are properly managed is vital when it comes to mitigating the risks of privilege abuse. For a more continuous and automated way of auditing and monitoring Active Directory, start your free trial of Lepide Active Directory Auditor today.